Not such good vibrations among members of The Beach Boys 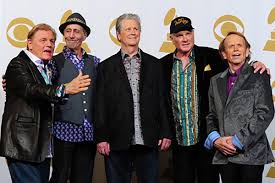 Beach Boys co-founder Brian Wilson has joined a boycott of his own music to protest it being used by another band member at an animal hunting convention.

Wilson has denounced a performance of Beach Boys music tonight at the Safari Club International Convention in Reno, Nevada which is being led by band co-founder, lead singer and chief lyricist Mike Love.

Wilson says he and band member Al Jardine are “emphatically opposed” to trophy hunting and and points to a change.org petition that calls for a boycott of Beach Boys’ music until the performance is cancelled.

The petition had garnered some 95,000 signatures by yesterday afternoon.