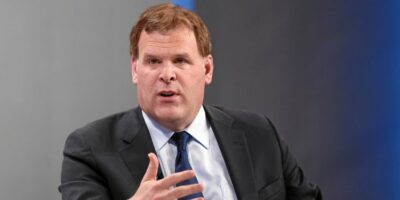 His announcement puts an end to days of speculation that he could enter the race, talk that began late last month after both current MP Pierre Poilievre and former interim party leader Rona Ambrose decided not to run.

Baird had been poised to run Poilievre’s campaign, but Poilievre dropped out last month, saying his heart wasn’t in it.

The absence of what some in the party feel is a “true blue” voice in the contest a role some saw as belonging to either Poilievre or Ambrose put pressure on Baird to join.

His decision not to leave his life in the private sector will likely be a relief for the only other two candidates officially registered to run so far; his former cabinet colleagues Peter MacKay and Erin O’Toole.

Both men are pegged as being closer to the progressive wing of the party, though O’Toole in particular has taken on a more right-wing tone since launching his campaign earlier this month.