IT'S NOT A REUNION WITHOUT ZAL

Lovin’ Spoonful singer John Sebastian will play a concert this weekend with bassist Steve Boone and drummer Joe Butler, but is stopping short of calling it a reunion. 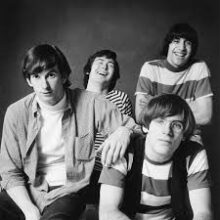 The three will perform Saturday in Glendale, California, for an autism think-tank benefit but Sebastian says in a statement it’s not a true reunion without guitarist Zal Yanovsky .

Rolling Stone reports this will be the first time the Lovin’ Spoonful members have performed together since their induction into the Rock and Roll Hall of Fame in 2000.