We’re learning from public health experts in Quebec that province now has a second presumptive case of COVID-19.

The patient is said to have returned from a trip, but the location of the trip has not been released.

Tests performed by the province’s public health lab came back positive for the coronavirus that causes COVID-19, but the result needs to be confirmed by the National Microbiology Lab in Winnipeg.

If confirmed, it would be the second case in Quebec and the 35th in Canada, with the others all in Ontario and British Columbia.

Also, Canadians are now being advised from Global Affairs Canada to avoid ALL travel to Iran because of the spreading COVID-19 outbreak there, rather than just non-essential travel as earlier advised. 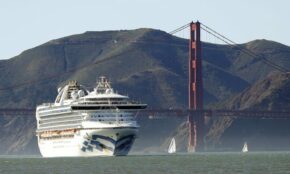 Meantime, a cruise ship that was expected to dock in San Francisco today will be kept offshore until its thousands of passengers can be tested for the new coronavirus, after a previous passenger died from the illness.

The announcement came as California becomes the third U.S. state to declare a state of emergency over the virus, after Washington and Florida. Hawaii joined them Wednesday, although there are no cases in that state.