Here’s one way to fight back against scammers. 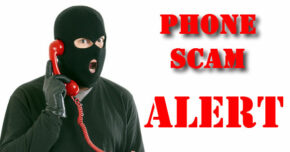 New technology to block nuisance phone calls is scheduled to be implemented in Canada in September. But there is a warning form the CRTC and telephone companies, it won’t be a cure-all for the fraudulent and annoying phone calls that have been frustrating Canadians for years.

The new framework is called STIR/SHAKEN and is already being rolled out in the U.S.

For one, Bell would prefer a mid 2022 deadline for the technology, which would allow phone manufacturers to catch up to it.

Phones that take advantage of the technology would have some way to signal to users about whether the call is suspicious, like alert lights.

According to the call-blocking company Truecaller, the average Canadian receives 12 spam phone calls a month.