SOCIAL DISTANCING STILL THE WAY TO GO DURING COVID-19 PANDEMIC

It’s been just over two weeks since the spread of COVID-19 was deemed a global pandemic by the World Health Organization. 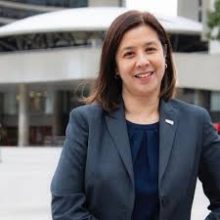 Since then countries, provinces and municipalities have enacted lockdowns, restrictions against large gatherings and states of emergency. The words “social distancing” have spread around the world as a sort of grim mantra for preventing the spread as little as possible.

Dr. Eileen de Villa, Toronto’s medical officer of health wants people to persist in their social distancing techniques. Experts around the world still don’t know when this virus will peak but here at home, de Villa still thinks there will be plenty of new cases to come in the city.

At the same briefing, Mayor John Tory urged people to continue staying inside unless absolutely necessary. With warmer days to come that may prove more difficult but he says it will pay off in the long run.

One example where social distancing is showing promising signs is in British Columbia. Health officials there has halved the spread of the virus based on their models.