When it comes to shaking things up, Can Lit legend Margaret Atwood is right in the thick of things. 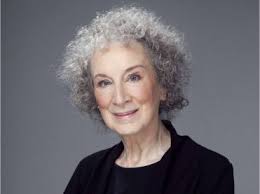 Atwood’s dystopian work “The Handmaid’s Tale” was among the top ten challenged books in the U-S in the past year, noted for its “vulgarity and sexual overtones.”

The American Library Association has released its list of the books that were most challenged by parents and other community members.  It includes stories with gay and transgender themes, a spoof inspired by the family rabbit of US Vice President Mike Pence and classics by J.K. Rowling.

In an email to the Associated Press, the 80-year old Canadian author underscored the honoured tradition of writers who have been censored saying, “If you’re a writer and everybody likes you, you are A) doing something wrong or B) you don’t exist.

Atwood says she’s happy to be in the company of Shakespeare, Lord Byron, Emily Bronte, and so many others.  She concluded, “Lucky me, I live in a democracy, so at least I’m not in jail or being tossed out of a plane.”