CANADIAN FILM WOULD HAVE BEEN A CANNES HIGHLIGHT

They sat in an empty cinema in Paris, apropos of the state of the arts these days, as organizers of the Cannes Film Festival announced the movies that would have been on the agenda had the festival not been derailed by the pandemic last month.

Canada’s Pascal Plante was selected for his film “Nadia, Butterfly.” 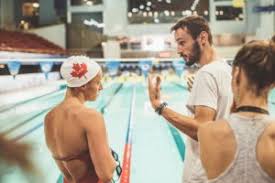 Also on the list, two movies from from Steve McQueen, the film maker behind “12 Years a Slave,” “Mangrove” and “Lovers Rock” and Wes Anderson’s “The French Dispatch.”

The Cannes Film Festival has been one of the most prestigious annual gathering of the global movie industry for the last 73 years.