Ottawa says Iran’s foreign minister has committed to sending the flight recorders from the civilian airliner it shot down in January to be analyzed in France without delay. 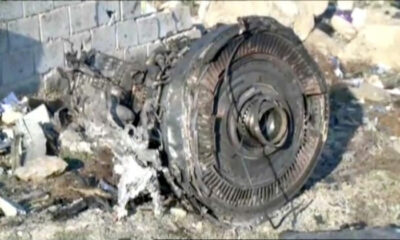 A readout of the telephone call says Champagne underscored the need for a comprehensive, transparent investigation of the downing of Ukraine International Airlines Flight PS-752.

There were 176 people killed including 55 Canadian citizens and 30 permanent residents when the Iranian military shot down the plane shortly after takeoff from the Tehran on January 8th.

Iran has since been accused of refusing to co-operate with efforts to investigate the crash and hold those responsible to account, including by initially refusing to hand over the plane’s black boxes and then not delivering on a promise to do so.

The readout says Zarif also said Iran would enter into negotiations around compensating the families of those who were killed when the plane was shot down.