Hong Kong police have made the first arrests under a new national security law imposed by mainland China, as thousands of people defied tear gas and pepper pellets to protest against it. 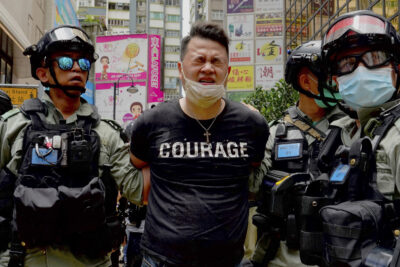 Police say they arrested 10 people under the law, including at least one who was carrying a Hong Kong independence flag.

The law, which took effect Tuesday night, makes activities deemed subversive or secessionist punishable by up to life in prison.

It appears directly aimed at activities that occurred during anti-government demonstrations last year.

The 10 people arrested under the new law are among about 370 detained Wednesday on various charges on the 23rd anniversary of the former British colony’s handover to Chinese rule.