A military plane carrying Canadian troops to Latvia was forced to turn around because of concerns those on board might have been exposed to COVID-19. 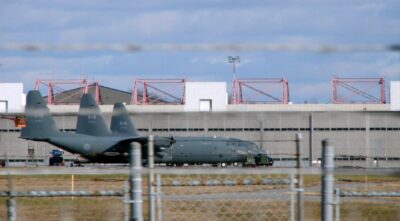 Defence Department spokeswoman Jessica Lamirande says the Polaris aircraft carrying about 70 military members and aircrew took off from Canadian Forces Base Trenton on July 2nd and those on board had spent two weeks in quarantine.

All military personnel deploying on overseas missions are required to undergo such quarantine measures to ensure they do not carry COVID-19 to another country or spread it among their unit.

Despite those precautions, the plane was forced to turn around in midair after the military received word that someone at CFB Trenton who have come in contact with the plane and passengers had tested positive for the illness.

Those on board will now have to undergo another 14 days in isolation before resuming their mission, though Defence Department spokeswoman Jessica Lamirande said the delay would not have any major effects on Canada’s mission in Latvia.

Canada is currently contributing around 540 troops to a NATO battle group in Latvia whose primary mission is to deter Russian military activity in eastern Europe.