The construction of a new military refuelling station in the Arctic is facing yet another delay more than 13 years after it was first promised by the federal government. 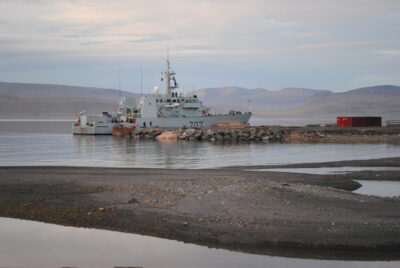 Stephen Harper first announced plans to build the Nanisivik deep-water port in Nunavut along with up to eight armed Arctic patrol vessels in 2007.

The long-standing expectation was that the port located on Baffin Island about 20 kilometres from Arctic Bay would be ready when the first of those ships was finally delivered to the Royal Canadian Navy.

Yet while the first Arctic patrol vessel was handed over to the navy on Friday after numerous delays and cost overruns, the Department of National Defence says the Nanisivik facility won’t be ready until 2022.

The port was originally supposed to include an airstrip and be staffed year-round, but both plans were dropped after the project’s $116 million budget was found to have more than doubled to $258 million in 2013.