On this 1st of the month, there is a call for the Trudeau Liberals to fix a rent relief program for thousands of small business owners across the country.

Laura Jones is the executive vice president of the Canadian Federation of Independent Business and says the current program designed to deal with the economic fall out of COVID-19 has not met expectations. 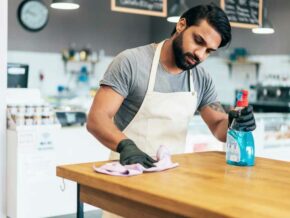 She says many small business owners have not received financial aid because their landlords won’t apply for it and this is simply not fair.

Laura Jones will have more to say as a guest on Zoomer Radio’s Fight Back with Libby Znaimer Tuesday between 12:30 and 1pm.

For the finance minister’s part, Freeland has called on landlords to step up and do their part.

She’s also announced the federal government is extending the Canada Emergency Business Account until the end of October.

Freeland says details about eligibility changes will be released in the coming days.