There is a dire warning from Toronto’s Medical Officer of Health. 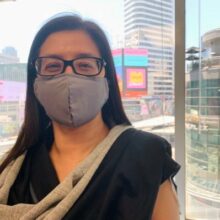 Dr. de Villa is not ruling out that second wave of COVID-19 could trigger another lockdown in Toronto.

She says despite the pandemic’s first stage as behind us, there is still a “tremendous” amount of illness from the virus.

She presented 3 possible scenarios for what’s ahead.

“A series of repetitive small waves that occur consistently over the next year or so,” de Villa offered, “Scenario two; a large wave in the Fall or Winter with smaller subsequent waves thereafter. And scenario three; a slow burn of ongoing transmission and case occurrence but without a clear wave pattern.”

There were 41 new cases in Toronto announced Monday.

City of Toronto staff projects the economic damage will hit almost $2-billion by the end of this year, with more than 1 million jobs lost across the province.