The Royal Canadian Air Force’s attempts to capitalize on the layoffs that have ravaged Canada’s commercial airline industry during the COVID-19 pandemic have had some early albeit extremely limited success. 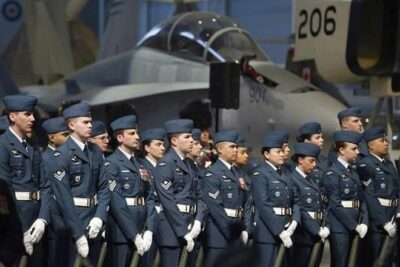 The Air Force has been struggling with a shortage of experienced pilots for the past few years as the number leaving for civilian jobs has outpaced the rate at which the military can replace them.

Air Force commanders were already working to recruit experienced aviators back into the military before COVID-19, but they redoubled those efforts in March as commercial airlines slashed flights and workforces due to the pandemic.

The result, four former military pilots have re-enrolled in the Air Force on a full-time basis since March, while five others have agreed to join as part-time reservists.

While those additions are no doubt welcome, Air Force spokeswoman Lieutenant Nora Amrane says the military needs about 150 more pilots to get up to full strength.

Senior officers have previously said the shortage of experienced pilots was making it more difficult to have enough aviators to both train new recruits and lead missions in the air.