KOOL AND THE GANG FRONT MAN DIES AT 68

A co-founder and singer for the group Kool and the Gang has died at the age of 68. 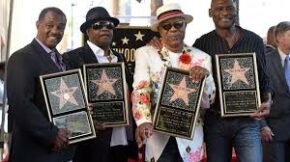 Ronald “Khalis” Bell (above in white jacket) died at his home in the U.S. Virgin Islands yesterday.  No cause of death was released.

Bell wrote and composed some of the group’s biggest songs including “Celebration.”