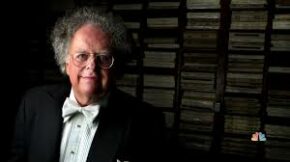 Last summer, a bitter court battle concluded between the company and the conductor who shaped the Met’s artistic identity for more than four decades, but who had become engulfed by allegations of sexual improprieties.
According to two people who claim inside information, the board wound up paying Levine $3.5 million dollars.
The Met fired Levine in 2018 after an internal investigation uncovered what the company called credible evidence of sexually abusive and harassing conduct toward vulnerable artists in the early stages of their careers.