The former Chief Justice of the Supreme Court of Canada has won a $25-thousand prize for political writing. 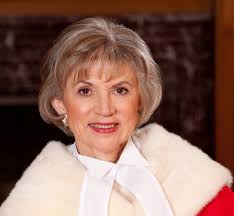 77-year old Beverley McLachlin has been awarded the Shaughnessy Cohen Prize for her memoir “Truth Be Told.”
McLachlin says she decided to tell her life story in hopes that it could help others and show a more human side of the court.
“Truth Be Told” follows McLachlin’s journey from her upbringing in Pincher Creek, Alberta.
In 2000 she became the Supreme Court’s 17th Chief Justice.  She was the first woman to hold that position.  When she retired in 2017 she was the the longest-serving chief justice in Canadian history.