He was a multi-instrumentalist, composer, producer, jazz scholar and the driving force behind the JFK Quintet in the early 1960s in Washington D.C. 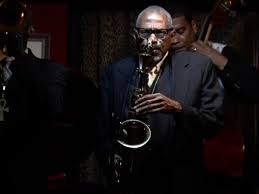 He also ran a one-man music-publishing shop in his basement in Washington, played oboe for the American Ballet Theatre in New York and had lucrative gigs with the likes of Stevie Wonder and the 5th Dimension.
Andrew White has died at an assisted living facility just outside the U.S. Capital.
His cousin says the cause of death was a heart condition and complications from a stroke.
Andrew White was 78.