She was an author who grew up in the shadow of one of the best loved entertainers of the past century. 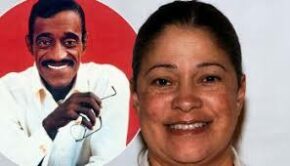 Tracy Davis, the daughter of Rat Pack entertainer Sammy Davis Jr. has died at the age of 59.
She wrote about her experiences growing up in the 1996 book “Sammy Davis Junior, My Father.”   She penned a second in 2014 titled “Sammy Davis Jr. A Personal Journey With My Father.”
Last month, MGM announced plans for a biopic based on her first book.
Tracy Davis is reported to have died after a short illness.  The cause has yet to be determined.