'WE'RE STARING DOWN THE BARREL OF ANOTHER LOCK DOWN" - DOUG FORD 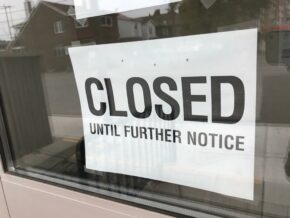 “Right now, we’re staring down the barrel of another lock down in these regions,” Premier Ford told reporters.
Ford says he expects new targeted measures will be announced later this week.
“We have to do something and just stay tuned on Friday because if you look at the cases, you look at Peel, 463 and this is before we get the results of last weekend because it will take 10 to 14 days to see the numbers of what happened last weekend.”
Ford points to the success of former hot zone Ottawa for reducing case numbers.
Meanwhile, the province is ramping up testing for long term workers in COVID hot zones. Starting next week in nursing homes located in regions identified as orange, red or lock down, staff and support workers who provide direct care will now need to be tested every week.
The province has received 98,000 rapid tests from Ottawa that will be sent to COVID hot zones, long term care homes and remote communities.