North Korea is reviewing plans to strike U.S. military targets in Guam with its medium-range ballistic missiles to create “enveloping fire,” according to state media. The message came just hours after President Trump warned North Korea that it will be “met with fire and fury and, frankly, power, the likes of which this world has never seen before” if the country does not stop threatening the United States. The threats follow a unanimous vote by the U.N. Security Council to impose strict new sanctions on North Korea. We speak with Political Commentator and Principal at Earnscliffe Strategy Group, Robin Sears. Click here to listen to the podcast 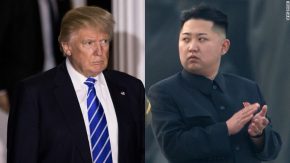