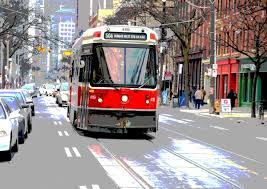 The final details of the King Street pilot project to give streetcars a clear run between Jarvis and Bathurst, have been released, but motorists are unlikely to be happy. The King car is the TTC’s busiest streetcar route with 65 thousand passengers daily compared with 20 thousand cars. The pilot begins on November 12th and is meant to last for a year. During that time, the city will look at the impact on traffic, businesses, and streetcar speed, and will evaluate the project’s success after that. TTC CEO Andy Byford says if the King Street pilot is deemed a success, it could be potentially considered on other routes. We’re joined by TTC Executive Director, Brad Ross