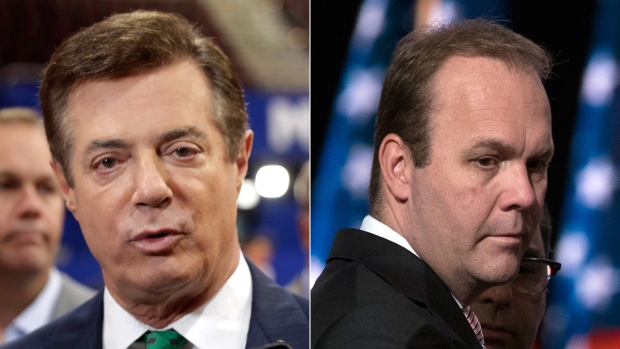 Former Donald Trump campaign chairman Paul Manafort, his business associate, Rick Gates, and a former junior WH policy advisor named George Papadoupoulos have been indicted by a federal grand jury on charges of conspiracy against the United States and other felony charges. These are the first to face charges related to Special Counsel Robert Mueller’s investigation into Russian election interference. Manafort and Gates both turned themselves in to the FBI. Will Trump also try to deflect with beleaguered NAFTA talks? We spoke with Washington Examiner writer, Siraj Hashmi and Ashton Arsenault, a consultant at Crestview Strategies.