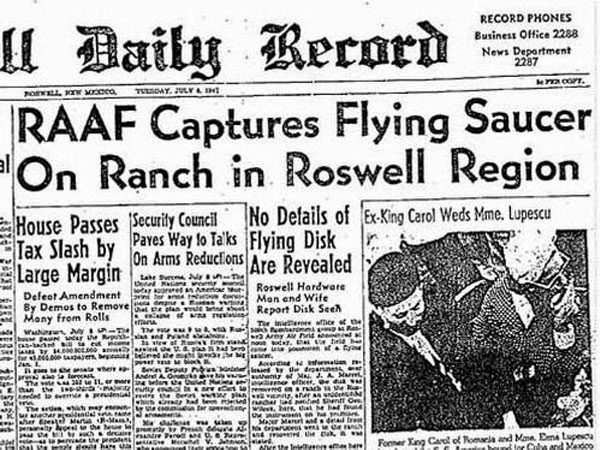 PART ONE – THE ANDREASSON AFFAIR
Richard welcomes ROBERT and BETTY LUCA, experiencers who have a story to tell of Alien Abduction and Government harassment.

PART TWO – ROSWELL SLIDES
Richard invites Tom Carey and Don Schmitt,  two authoritative UFO researchers to discuss The Roswell Slides, what some say represents stunning visual evidence of a humanoid creature that was found crashed near Roswell, NM in 1947 will soon to be released in an international livestream event. Referred to by some as “the Roswell Slides,” the Kodachrome images have now been authenticated by expert scientists and their provenance has been confirmed. During that long process many have speculated about precisely what these pictures show. People will now be able to see for themselves with the public reveal of the slides on May 5th 2015.

PART THREE – PARANORMAL NEWS ROUNDUP
Tune in as Rosemary Ellen Guiley, our regular guest to the program gives a run down of the most recent paranormal stories making the news and how it may affect you. [jwplayer player=”1″ mediaid=”108313″]