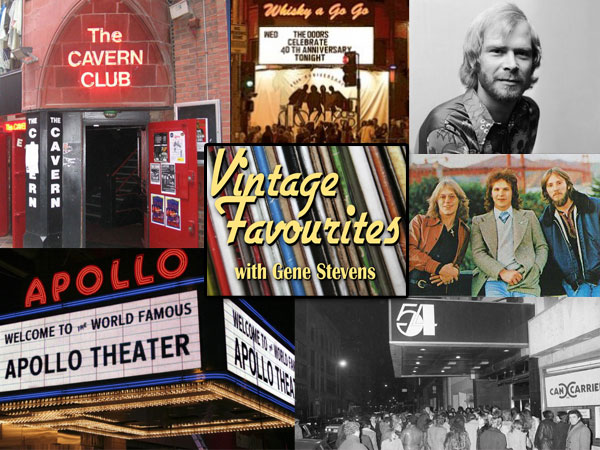 It’s one of those fascinating coincidences that 3 of the music world’s most famous venues have their anniversaries on the same day. January 16th, 1934 marked the opening of The Apollo Theater in Harlem, New York. January 16th, 1957 was when Liverpool’s Cavern opened, and January 16th, 1964 was the debut of The Whiskey A-Go-Go on LA’s Sunset Strip.

These legendary venues influenced all of popular music from the jazz, R&B and soul scene cooking at The Apollo, to the Merseybeat of The Beatles at The Cavern, and the LA scene at ‘The Whiskey’. I’ll have live recordings from each of those clubs – in an hour packed with songs about other landmark nightspots from The Savoy to the Copa, Studio 54 to The Troubador.

Plus: our year-long series on the great groups of our time, spotlights America, and we’ll remember the legendary Brit-turned-Canadian Long John Baldry. That’s all on the next ‘Vintage Favourites’ this Sunday from 2:00 to 4:30 – from Zoomer Radio.