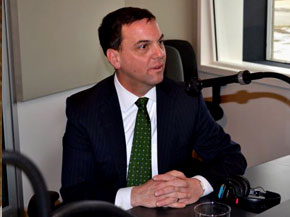 QUEEN’S PARK – Ontario PC Leader Tim Hudak today announced the Million Jobs Act, that he will table when the Legislature resumes in mid-February, to put Ontario back on the right track.

“Today I am excited to bring forward an economic plan that will put people back to work, and help young people achieve their goals,” said Hudak.

“If passed, this legislation will immediately begin its task of creating jobs. This is more critical now than ever.”

On Friday, Statistics Canada showed Ontario had lost another 39,000 jobs in December, the most of any province, while the government payroll increased by 13,000 employees.

“Ontario is tired of waiting for this government to table its promised jobs plan,” said Hudak. “Ontario, in fact, cannot afford to keep waiting for it.

It has been almost two years since the Ontario PCs launched their first economic policy paper in its 15-part series called Paths to Prosperity.

At that time, Hudak warned that without an integrated plan to expand our economy and balance the budget, Ontario will face higher deficits and will struggle to cover the cost of essential public services.

“More than a million Ontarians are now out of work,” said Hudak. “The debt has doubled, and our deficit is more than all the other provinces combined.”

“Our turnaround plan will not be easy, but Ontario will be a better place because of it.” -30-

INFO- Starting an exercise program and what shoes should one consider for particular activities. Also, winter footwear selections for our severe winter conditions.