A judge in Las Vegas says there’s no evidence that BB King is being abused. The daughter of the 89 year old blues legend appeared distraught after a judge rejected her attempt to take control over her father’s affairs.  The woman and her siblings claim their father was being abused by his long-time manager, Laverne Toney. 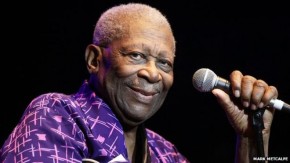 Three of King’s children claim Toney was stealing money and neglecting the musician’s medical care.  But the judge has dismissed the lawsuit and Toney will remain in legal control of King’s affairs.

“Mr. King has counsel.  I don’t have anything here that says he lacks capacity.  He has some serious health issues.  But he has counsel.  If he feels like he’s being taken advantage of, he has remedies,” the Family Court Hearing Master, Jon Norheim said.

“We lost the battle, but we haven’t lost the war,” King’s daughter, Karen Williams, vowed.

The judge’s ruling doesn’t prevent King’s children from returning to court to press their claim once all family members have been legally informed of the action.

BB King suffers from diabetes and is currently in home-hospice care.  He did not attend the court proceedings.

The Rock and Roll Hall of Famer is considered one of the greatest guitarists of all time.

He is known for such hits as The Thrill is Gone and Every Day I Have the Blues.