RCMP SCALING BACK MANHUNT FOR MURDER SUSPECTS IN NORTHERN MANITOBA

The RCMP has announced it is scaling back its search for two men charged with one count of second degree murder and are suspects in two others. 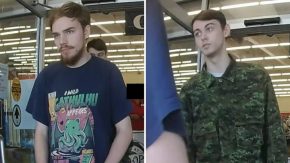 It’s been more than a week since the last confirmed sighting of suspects of Bryer Schmegelsky and Kam McLeod in the small town of Gillam. Their burned out vehicle was found on July 22nd.

Since then, the police has used planes, drones and other technology have scoured the northern Manitoba wilderness for the two men. There was a report of a sighting a few days ago at the landfill in York Landing but police were unable to confirm.

The RCMP confirms they’ll be pulling back their search. It will be focused in the area around Gillam. The resources will be pulled back over the coming week.