Kiefer Sutherland is promising fans he’ll make up some of the tour dates he had to cancel due to injury. The Toronto-raised actor-singer recently posted on his Instagram account that he slipped while travelling to Denmark and seriously injured a rib. 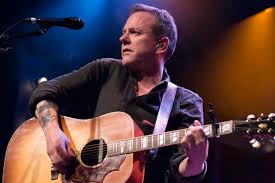 52-year-old says the injury makes it difficult to breathe and impossible to sing forcing him to cancel the last 3 shows on the tour featuring his country-rock album Reckless and Me. Sutherland says he has every intention of making up the cancelled shows. The Golden Globe winner recently toured Canada and the U.S. for the album, which includes some personal songs about his life.