CANADIAN OPERA STAR BACK ON STAGE AFTER MAJOR HEALTH SCARE

Following her well publicized health issues earlier this summer, Canadian Opera star Measha Brueggergosman is back performing. The talented multi-award winning soprano known around the world has been described as a “singer with rare gifts and artistic intensity.” The Fredericton-born soprano, who now calls Nova Scotia home, told Classical FM’s Mark Wigmore, she has a history of heart issues including recent bypass surgery on June 13th. But 10 years prior, she underwent open heart surgery after suffering a life-threatening tear in her aorta. 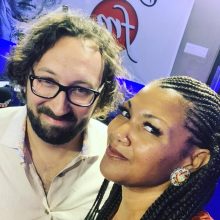 Brueggergosman also revealed on social media that her father, Pastor Sterling Gosman, died during her this difficult time in early summer. Brueggergosman’s first performance since her recent health scare is October 19th as part of Bravo Niagara in St Catharines at the First Ontario Place Recital Hall.For information, visit  And make sure to listen to an extended interview on The Zoomer Week in Review with host Libby Znaimer Sunday September 1, on Zoomer Radio AM 740 and at 96.3 FM in downtown Toronto. 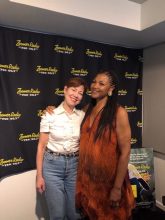