It seems the Boeing 7-37 Max still isn’t quite ready to take to the skies. 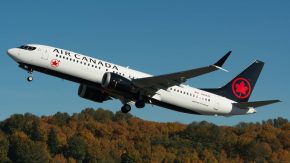 Air Canada announced it’s keeping the plane off its flying schedule until Feb. 14, citing “regulatory uncertainty'” that will affect thousands of passengers.

The country’s biggest airline had earlier scrubbed the 24 jetliners from schedules until Jan. 8.

Boeing is waiting on U-S authorities to greenlight software changes that would lead to its clearance to resume passengers service. Regulators say they still don’t have a timeline to do that.

The airline says it will lease two more wide-body aircraft at least through March Break to help compensate for the absence of the Max planes. The 737 is the workhorse of the fleet of not only Air Canada but also a number of airlines around the world.