He was considered the world’s greatest living film composer. 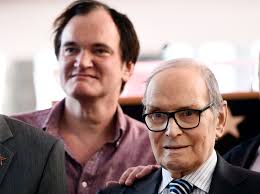 Italian music legend Ennio Morricone, the man who composed the music for “A Few Dollars More” and “The Mission” has died.

Aside from scoring Sergio Leone’s spaghetti westerns, he also produced the sounds and music for films like “Days of Heaven ,” and won an Oscar for his work on Quentin Tarantino’s “The Hateful Eight.”

Morricone died in Rome on the weekend following complications from a fall last week in which he broke his leg.