Sweltering temperatures are making living and working conditions unbearable in some long term care homes and it’s prompted family members of loved ones to complain and call for changes to Ontario’s Long Term Care Act, to mandate air conditioning. Premier Doug Ford says he was not aware air conditioners are not mandated in long term care homes, until asked out it during his daily pandemic briefing.

“I’d like to get these owners and stick them in the rooms for 24 hours in 30 degree heat and see how they like it,” said Ford. “This is all about the dollars, it’s unacceptable.” 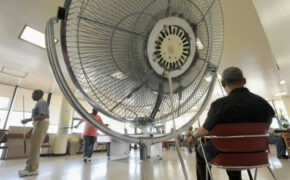 “Everything that has been going on in long term care for the last number of years, the ministry knew, the minister of health likely knew, nobody was unaware of this stuff except for apparently Mr. Ford,” said Horwath.

When asked if he’ll amend the Long Term Care Act to mandate air conditioning, Doug Ford would only say he plans to investigate the issue.