Tony Bennett thinks he’s competing in the wrong category at the Grammys. 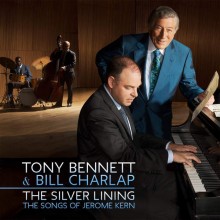 The 89 year old crooner is up for best traditional pop vocal album for The Silver Lining; The Songs of Jerome Kern. Bennett says it should be a jazz album because he’s accompanied by a great jazz pianist, Bill Charlap. In fact, Bennett says Charlap is the reason he made the album.

In the 24 years that the best traditional pop vocal album Grammy has existed, Tony Bennett has won it 12 times. The Grammys will be held February 15th at the Staples Center in Los Angeles.