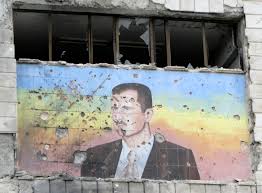 The organization is asking the U.N. Security Council and the international community to quickly identify perpetrators and hold them accountable.

The Syrian American Medical Society calls today’s report the most comprehensive listing of chemical weapons attacks in Syria so far and says these kinds of attacks are increasing with almost 15-thousand people injured in total.