Prime Minister Trudeau says one way to avoid a trade war with China Is to work out a free trade agreement with Canada’s second largest trading partner which he says it something his government is looking at. 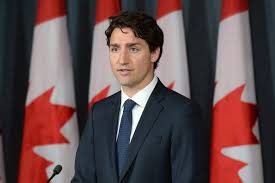 Trudeau’s statements come in reaction to U.S. President Donald Trump’s decision to impose tariffs of up to $60 billion on Chinese steel imports.

That announcement rattled stock markets around the world. Japan’s Nikkei fell 4.5% while  the Hang Seng in Hong Kong shed more than 700 points. The major markets in Europe were all down this morning. Yesterday, the Dow lost almost 3% if its value and the TSX finished down 275 points.