The Austrian-born film producer who co-founded Orion Pictures in 1978 has died at the age of 95. 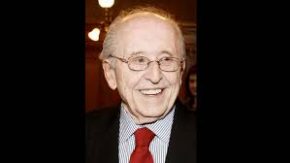 Eric Pleskow was involved in making such Hollywood hits as “Platoon,” “Rocky” and “One Flew Over the Cuckoo’s Nest.”

He was born Erich Plescoff to a Jewish merchant in Vienna. His family fled Nazi persecution and eventually reach the United States.

Pleskow trained as a film editor and joined united Artists, becoming president before co-founding his own film company.