Canada’s chief public health officer says more children are being hospitalized this flu season because of an early spike in a strain of Influenza B, which hits young people hard.

Doctor Theresa Tam says that strain is circulating across the country, while a strain of influenza A, which typically targets the elderly, is also making the rounds.

“Right now, we have Influenza A, H3N2, which is still predominating and another strain of Influenza A, H1N1, is escalating and Influenza B is early,” Tam explained, “So all of this is going on at the same time which is certainly having impact on communities and individuals.”

Doctor Tam says Influenza B does not usually peak until February or later and the double dose of both strains has not been seen in Canada since 2015. 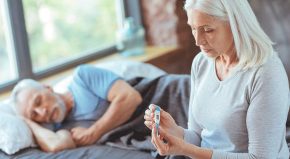 She says the best defence is getting the flu shot, but only about 43 per cent of people under the age of 65 got it last year.

About 70 per cent of seniors were vaccinated.